Home » Who We Are » History

Belvoir Cricket & Countryside Trust was founded through the work of Phil O’Brien, Stephen Henderson and Darren Bicknell. The story started in 2006, when Phil wanted to find junior cricket for his 8 year old son in Knipton – the village he had recently moved to. The local club had just started junior cricket again after a gap of some years – but could not accommodate children this young. Phil decided to help to get a junior initiative underway. 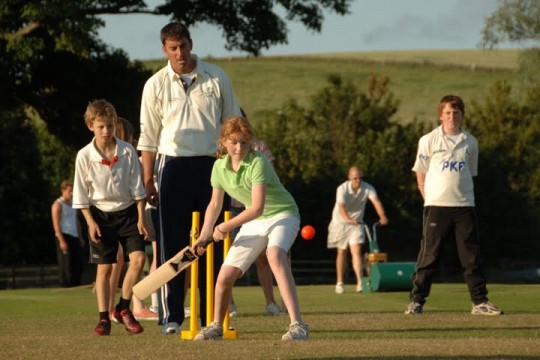 The Belvoir Bees was started in April 2007 by Phil with the help of Keith Tongue of Nottinghamshire Country Cricket Club. The launch night was a success – with Leicestershire CC loaning their Twenty20 Cup for the evening. During the first season, Stephen Henderson (a former county cricketer and active MCC committee member) brought his sons along to enjoy the sessions. Phil and Stephen struck up a friendship – and they hatched plans to develop the Bees and explore other ways of taking advantage of the beautiful venue in the grounds of Belvoir Castle. 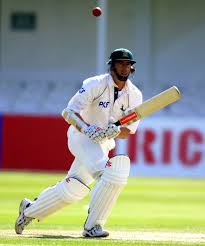 During this exploration, Phil met with Darren Bicknell who was then working for another Trust in Nottinghamshire. Darren suggested that the initial project could follow along the lines of John Barclay’s work at the Arundel Castle Cricket Foundation. John’s efforts, starting in 1985, have used cricket to bring children out of cities and in to the countryside.

In the summer of 2008, a fundraising match was held between the Duke of Rutland XI and a Richard Hadlee XI to gauge interest in setting up the Belvoir Cricket & Countryside Trust. This event raised over £5,000 and engaged the interest of many people in the cricket community including Tony Lewis, the late Bill Frindall and Jonathan Agnew.

Her Grace the Duchess of Rutland became our Patron and along the way, the Trust has recruited an Ambassador and Trustees. International cricketer Graeme Swann has offered to support the Trust in an Ambassadorial role and our Trustees include, Mrs Moneypenny from the Financial Times (who has written about the Trust and organised Her Grace’s trip to the Bradman Foundation in Australia); Phillip Hodson, from the MCC, this year’s President, and Oval Group (who has kindly sponsored some of the Trust activities); John Barclay from Arundel Castle Cricket Foundation who has given us the benefit of his experience of running a cricket charity in a Castle’s grounds) and Oliver Stocken. Emma Agnew from BBC East Midlands, David Paton from The University of Nottingham University have also agreed to be Trustees.

Darren Bicknell became Trust Director in January 2009. Phil O’Brien is the Chairman of the Trust and Stephen Henderson is a Trustee.

In 2015 Phil O’Brien stepped down from his role as Chairman and John Chatfeild-Roberts took on the role. We are extremely grateful to Phil for his foresight and drive to establish the Charity and look forward to working with John in moving forward.